The vision as it has unfolded.

Back to About Us

The genesis of The Church of Grace and Peace begins in the very early 1970s when Walter and Maureen Healy came to know Jesus Christ as their Lord and Savior. At that time the Spirit of God was moving mightily in the little shore community of Toms River, New Jersey, and by 1973 Walter and Maureen were hosting a Friday night prayer meeting in their home on Westminster Drive. Soon there was a need for the solid biblical teaching of the Word of God at these meetings. That need was met enthusiastically by Walter; thereby beginning a powerful teaching ministry which flourishes to this very day.

Over the next four years this small prayer meeting grew in size to over 30 individuals with as many as 60 in regular attendance; thereby requiring the splitting of the group and the creation of other cell prayer meetings throughout the greater Toms River area. It wasn’t long before the need for the solid teaching found in the original group had to be made available to a broader base. To that end Walter Healy created and founded The Song of Solomon Tape Lending Ministry. The teaching of the Word of God was made available to anyone with a desire to hear the Gospel.

The prayer group took a brief hiatus in 1977, but was re-established on September 21, 1979 with a promise from Haggai 2:1-9. The group continued to meet every Friday night over the next 6 years until the Spirit of God, who had been speaking to them about unity, called on them to start a church in Toms River. Years earlier Walter had received a promise from God to be His pastor in Toms River, and that promise of destiny was about to become reality.

A group of 12 people came to a meeting in Bey Lea Park around a park bench and began the planning for the first church service. The church was to be established on Isaiah 33:6, “Wisdom and knowledge will be the stability of your times, And the strength of salvation; The fear of the Lord is His treasure.” That first church service was held on August 18, 1985 in a vacant home in Island Heights and the offices of the church could be found in the basement of one of the founding members. The new church was called The Church of Grace and Peace. 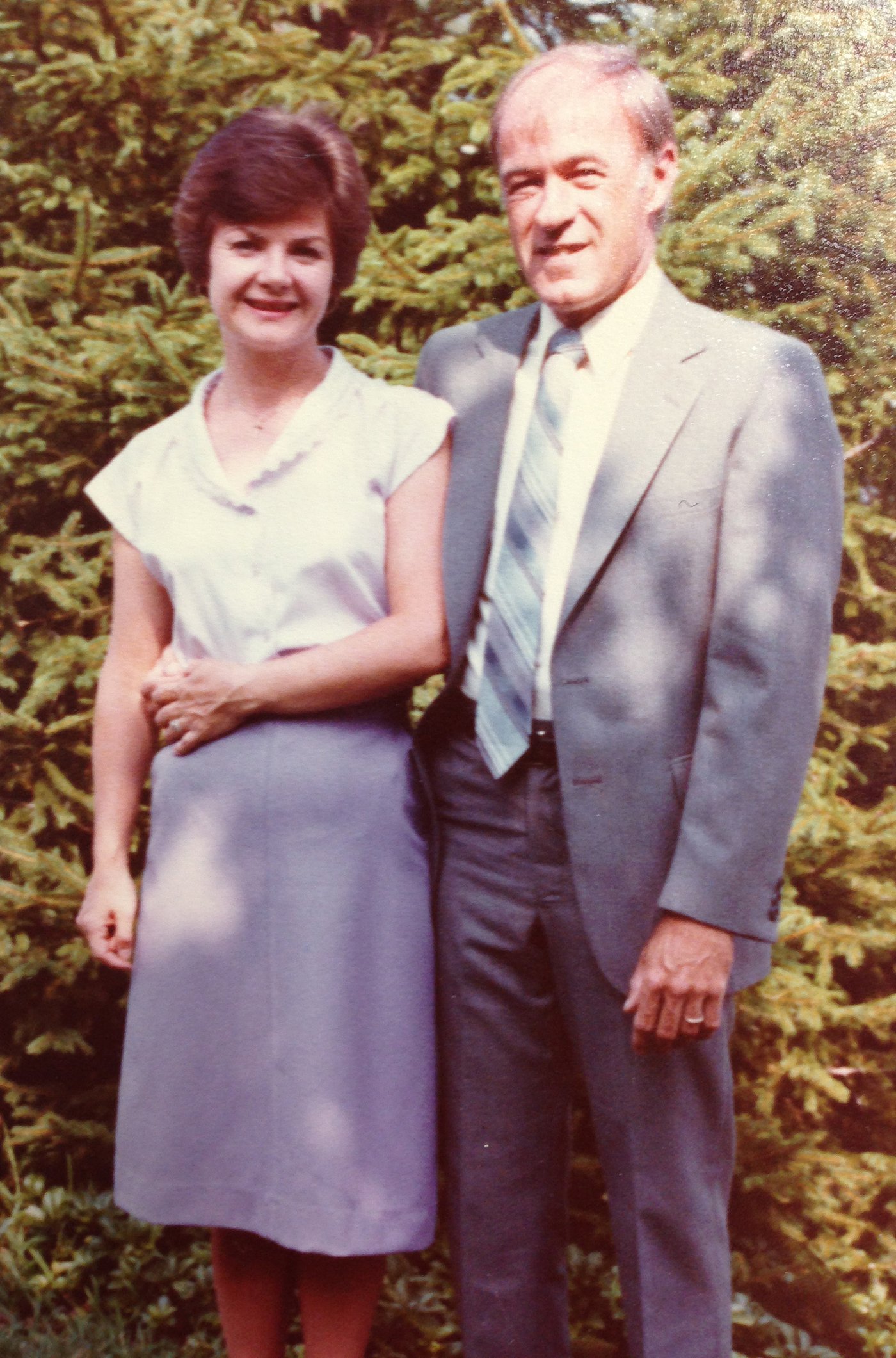 Walter, who was a teacher in the Toms River school system, believing God’s promise, stepped out in faith and resigned as a teacher to become a full time pastor. At the same time the founding members in obedience to the Word of the Lord began tithing to support the pastor, rent space for services, offices, and ministry at large. The appropriate forms were filed with the IRS and donations could be accepted as a new church established in Toms River, NJ. Up to that time all financial needs were met by just a few individuals sacrificially without any tax benefit in return.

Those movements of faith by both pastor and congregation were blessed by God and growth was seen quickly thereafter. It would not be long before Pastor Walt approached the Toms River School system about renting space at Intermediate West. Offices were relocated first to Main Street and then to Route 37 East in Toms River. Growth continued and soon the congregation which started with 12 adults and 12 children was now regularly over 300 people!

In the ensuing years schools of ministry were added including The Institute of Biblical Studies (which graduated 29 students in 1989), a School of Ministry and an Institute for Biblical Counseling. There was also an increase in the church’s direction of reaching out to the community through nursing home ministries, food banks, and prison visitation ministries. As the physical numbers of the church increased a more permanent home was sought and a building fund was adopted. In 1988 the church began to shop for a suitable piece of property. 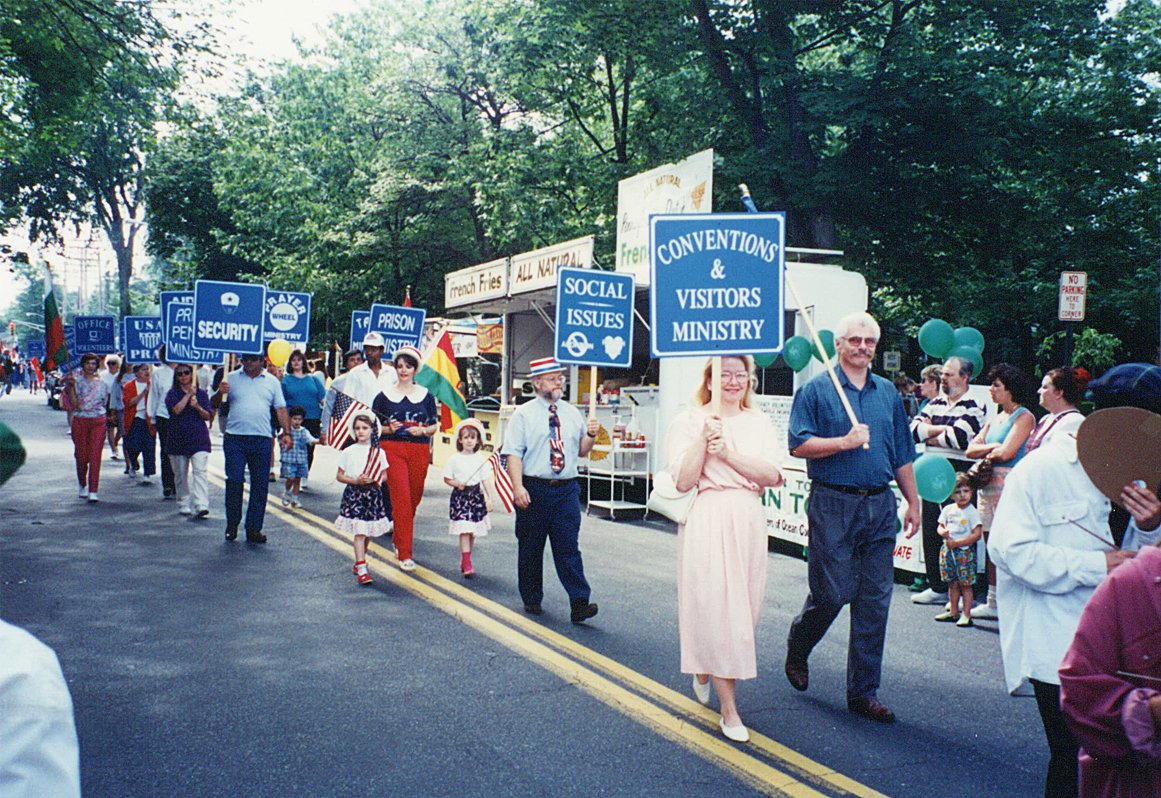 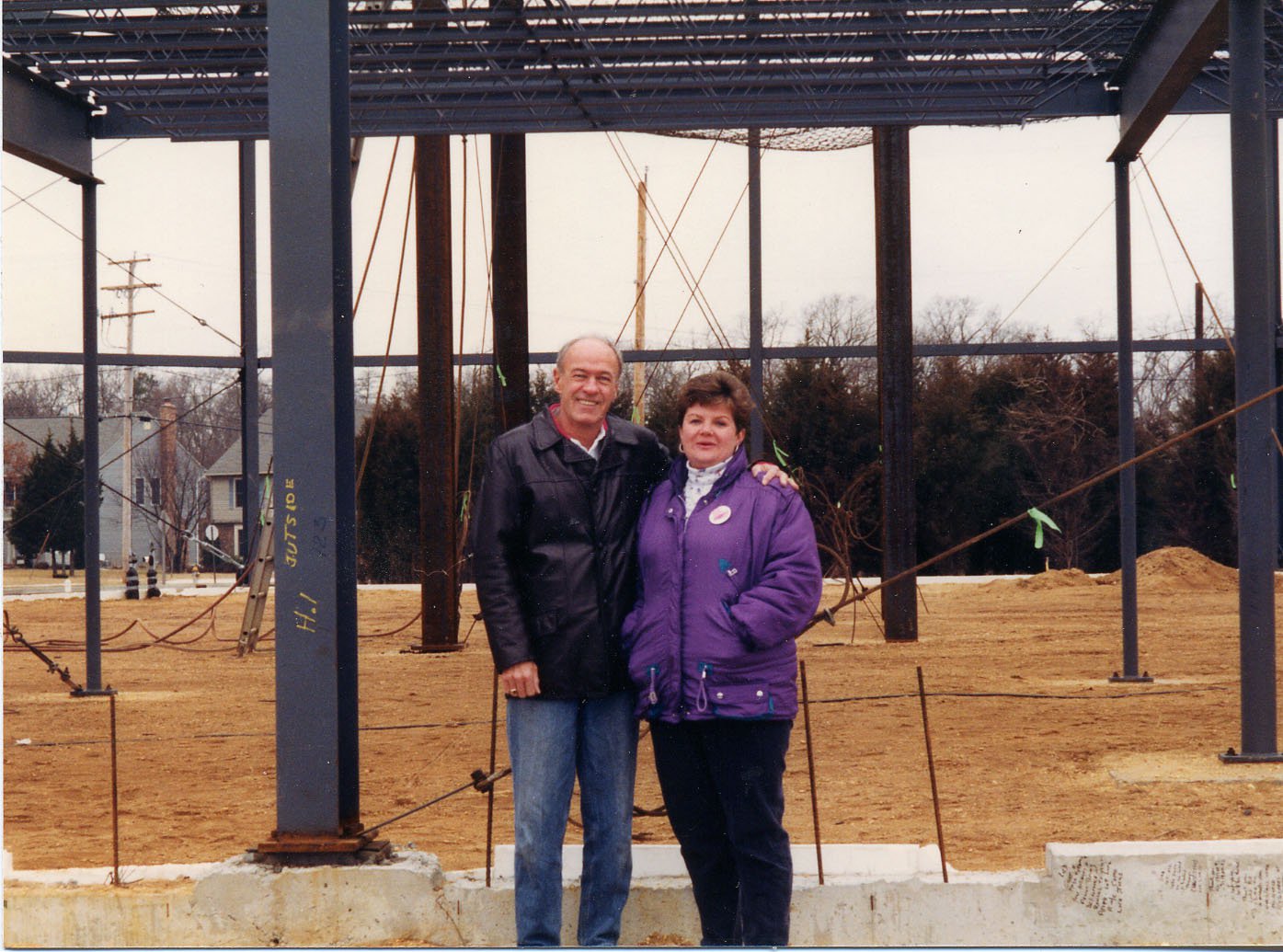 A property on Old Freehold Road in Toms River was for sale. It was a horse farm known as “Follow Me Farm.” The church did make an offer on the property but it was deemed too low to be accepted. However, believing the farm to be the right location, the church said it would check back with the owner in a year. Low and behold a year later the property was still available and at a reduced price. Through providence an agreement was reached and the church bought the property in 1990.

By 1991 the prayers had begun for the construction and work soon ensued. By the summer of 1992 The Church of Grace and Peace’s current Sanctuary was completed and the first service, a wedding, was planned for August 1, 1992. While the construction wasn’t always without challenge; including only receiving the certificate of occupancy just hours before the wedding; it did happen and God’s plan came to fruition. By the way, the bride and groom of the wedding are now our current Worship Pastor and his wife!

God continued to bless and growth was steady and regular. The 1990s saw growth in both numbers and facilities. The old farmhouse was used for Sunday School and a balcony had to be added for additional seating in the Sanctuary. Soon we built the garage (currently our Clothing Room) and purchased the lot next door for additional building and parking space. Growth in the body meant growth in the staff, so once again the offices were moved to a newer 3,600 square foot office in the Dover Mall on Route 37 West. 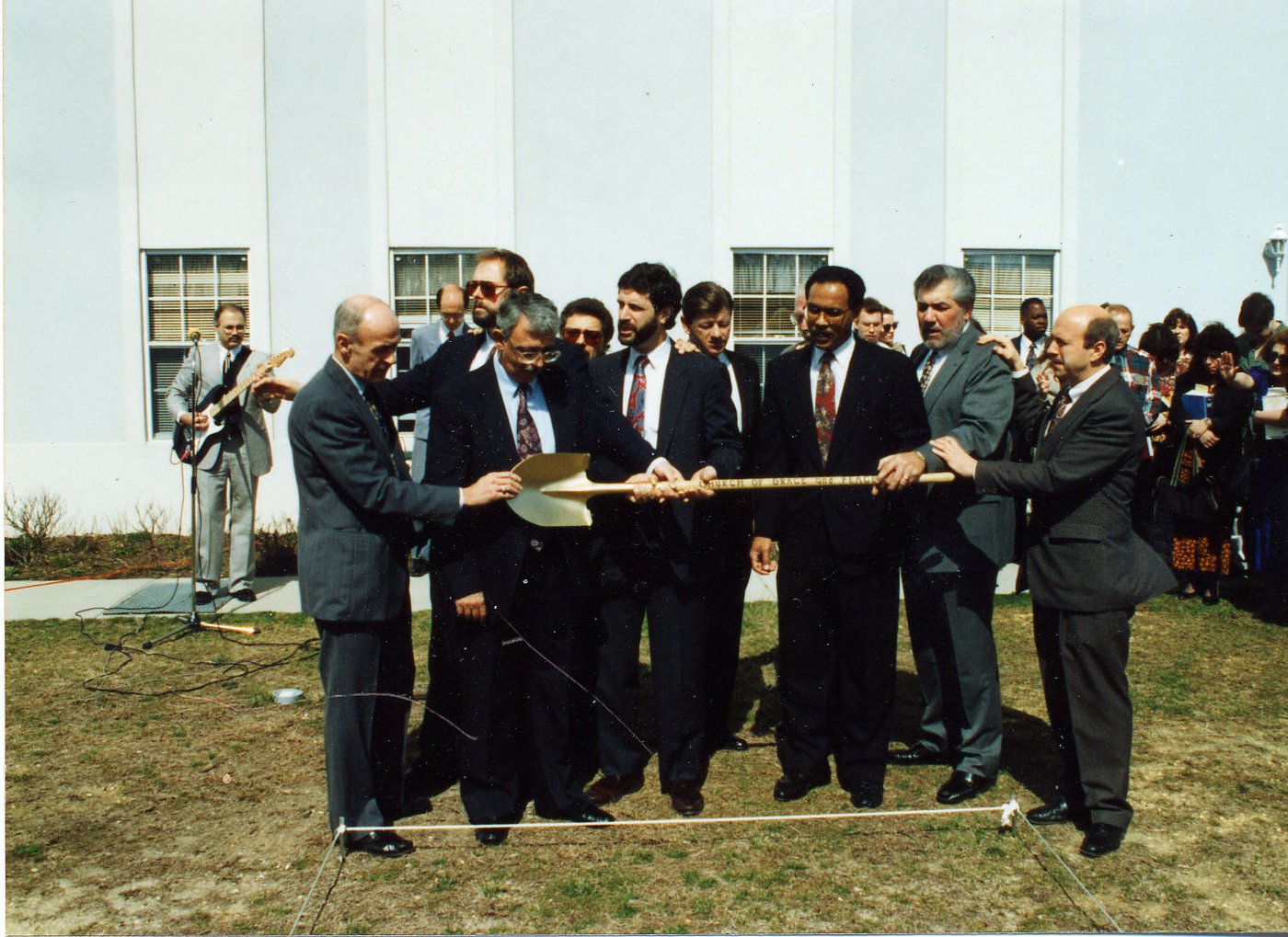 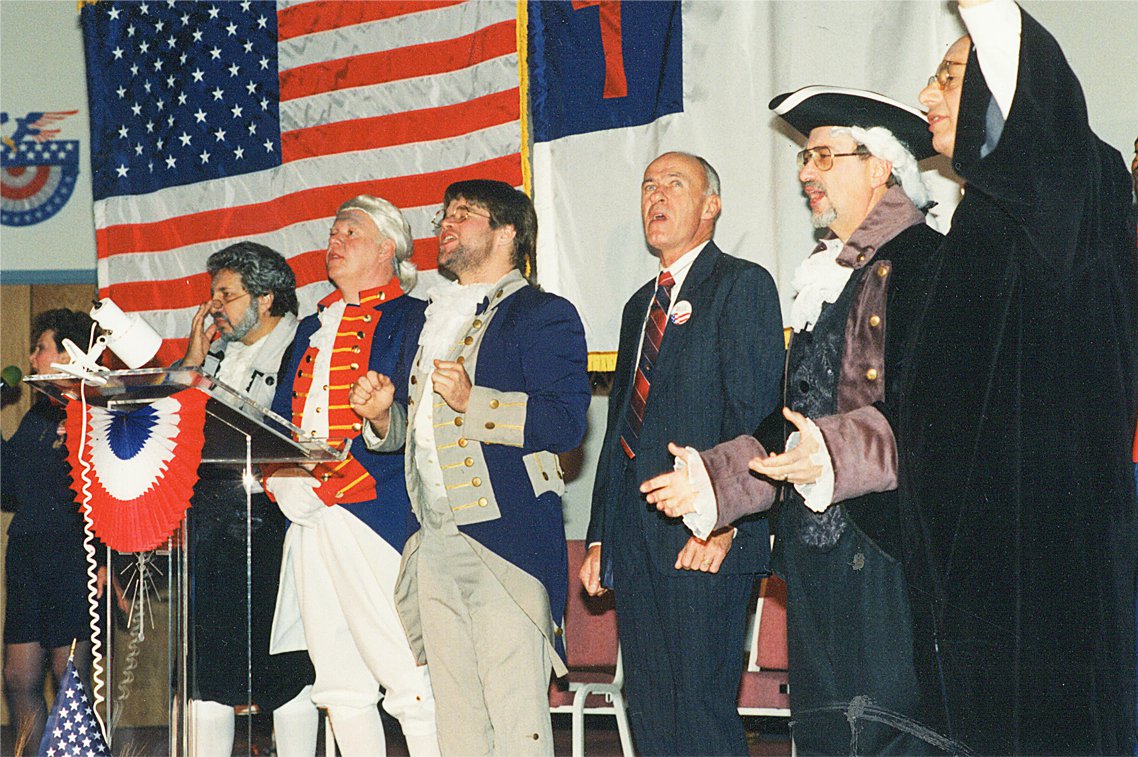 We also constructed an Education Wing which enabled us to expand our teaching ministry and truly go about the business of Building the People that Shape the World. Soon there were additional parking lots constructed and we were able to meet the ministries’ outreach needs by building the Community Resource Center (known as the CRC) to house much of what we did in the way of community service and outreach.

The 2000s continued to see growth as we retrofitted the “Barnabas Building” or “Building B” (the original barn from the horse farm) for use as classroom space for the Academy and Royal Rangers. In 2003 the Family Center addition was added to the property bringing our total square footage to over 65,000 square feet! We were now seeing well over 850 in regular Sunday Worship and had moved to two services, 8:30 am and 10:30 am, every Sunday.

In 2010, after 25 years of nomadic wandering, our administrative offices moved again; however; this time it was a true homecoming. We again retrofitted “Building B” for the purpose of moving our administrative offices on site. In November of 2010 we saw that dream become a reality. Finally we are together on one campus, united, and serving Christ!

So, over years this little gathering of a dozen people has grown into a regional church with many ministries reaching every generation for Christ. God is still moving, this church is still growing, and yes we are faced with greater challenges than ever before. In late 2012 Super Storm Sandy once again changed our landscape and ministry scope. As devastation landed on this shore community we rose to accept the challenge to be Christ to our community and in fact we still are.

After a period of time our founding Pastor Walt Healy began to sense the need to plan for the next leader to be raised up and released to ultimately be the next Senior Pastor of The Church of Grace and Peace.

In August of 2013 the announcement was made that Pastor Jim Wehrer, our then youth pastor, would begin stepping into the role as Lead pastor, while Pastor Walt moved into the role of Apostolic Overseer.

Then in November of 2016 at a special "Change of Command" service, after a season of passing the baton from Founding Pastor to the Next Generation Senior Pastor, ensuring core values and Grace and Peace DNA were firmly intact, having heard from the Holy Spirit, Pastor Jim Wehrer was officially installed as the new Senior Pastor of The Church of Grace and Peace.

Most recently in March of 2021 our Founder Pastor Walt Healy went home to be with the Lord and is now enjoying his eternal reward with Jesus. Our founder has passed but the vision remains, and the call of God on the The Church of Grace and Peace in our region to build the people that shape the world is stronger than ever.